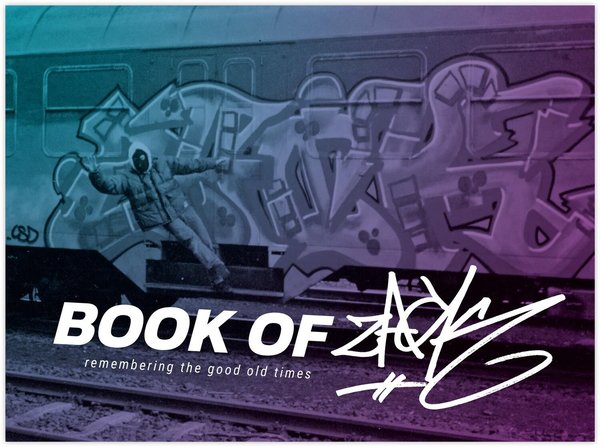 In the 90s, the Frankfurt writer ZACK was very present on the trains in the Rhine-Main area under various pseudonyms. He played a major role in shaping the golden years of train writing in the metropolis – a time when almost every commuter train was covered with graffiti and colorful panels and wholecars were often in traffic for months.

In Book of ZACK he gives an insight into his career on steel at the time, and also new works on walls since his comeback in 2018 can be seen.

Many of his images are accompanied by texts to the respective actions and let the reader share in his memories. The book is rounded off with additional guest contributions from some of his companions at the time.